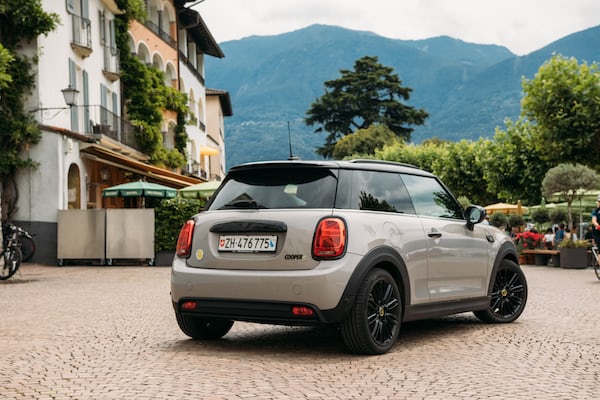 If you are going to play Demon’s Souls Remake and you are new to the genre, then this Guide could be for you, from choosing the class to where to find the best weapons and armor.

The classes proposed at the beginning of the game are simple presets, regardless of the chosen class you will always start from level 1, during the adventure you will accumulate the points necessary to level and improve the various statistics.

You have already read the Demon’s Souls Remake review?

Even if the starting class is a preset, it is important to choose the one that best suits your playing style. For example, if you prefer to use a sword and shield, then the Knight is the answer. Each class has its own statistical values ​​but also equipment, our advice is to dedicate yourself mainly to increasing only 2 values, so as not to excessively waste the points obtained.

For example, you can improve Resistence And Vitality or Power And Intelligence or Dexterity And Magic. In Demon’s Souls Remake like every Souls after all there is no difficulty, but in this case if you want to have a help lace we advise you to play with the Noble, as it relies on the Magic, so you can attack enemies from a distance.

Unlike melee weapons that consume stamina, magic points recharge much faster, thanks to it you can better deal with Bosses, having an easier life than a Knight, the latter saga is in fact aimed mainly at veterans with the genre.

In Demon’s Souls Remake you will often have to deal with the Trend, but what is it about? There Trend works like the karma and it can be devastating for your character, it is able to change the difficulty of the enemies according to your statistics and style of play, it also guarantees exclusive items and access to specific areas depending on the type.

You can consult it at any time through the dedicated menu, thus discovering if you have the Pure Black Trend, Pure White or Gray, and then Neutral. There are several ways to change the Trend.

Self the Trend is White then you will find yourself in these conditions:

To have the White Trend you have to defeat the Invaders, then other players, defeat the Bosses in the various Areas, kill the Archdemons and help other players take out the Bosses. If you die in Human form, you will move the Tendency towards Black. Take on the areas in Soul Form to avoid it.

Self the Trend is Black then you will find yourself in these conditions:

To have the Black Trend it’s very simple, you just need to die several times in Human Form, invade and kill other players or eliminate NPCs. Of course also the Black Trend opens inaccessible doors as for the Bianca and rewards you with exclusive items. To you the choice.

Demon’s Souls Remake Guide: The Best Weapons and Where to Find Them

Below we report the location of each weapon mentioned and how to get it.

The Falcione can be purchased from Grave Digger Bilge in the Shrine of Storms, after freeing him, at the cost of 1550 Souls. If you want, you can get a magic-infused version, kept in a chest near the structure, after defeating a skeleton that watches over it.

To use the weapon in question you will need 18 Strength and 13 Dexterity, so be sure to upgrade the two values ​​mentioned to master the weapon.

It is a strong and fast weapon, requiring 18 Strength and 13 Dexterity. You can retrieve the weapon in Shrine of the Storms, in the back room the Demonic Vanguard, go through the underground tunnels and you will reach the treasure without defeating the demon in the area. Alternatively you can get it from the black skeletons, in Shrine of Storms, but it is a rare loot.

It is a very fast curved sword, requiring 14 Strength and 10 Dexterity to use. It is located behind the Demonic Vanguard, in the Shrine of Storms, also in this case it can be dropped by skeletons. It is one of the strongest weapons in the game, very effective especially with humans and NPCs.

One of the most versatile weapons, it requires 20 Strength and 20 Dexterity to use, recommended for battling Bosses. To get it you just need to defeat the Blue Eyes Knight armed with a Broadsword at the Boletaria Palace. You may not drop it on the first try. If you are impatient you can always buy it from Merchant Dregling at the cost of 6000 Souls, find the Merchant under the bridge of the first tower.

Unlike other weapons, it is more difficult to obtain, as you will need: The Soulbrandt Sword, the Demonbrandt and the soul of the False King Demon dropped by King Allant.

Once you have obtained the objects in question, just go to the Ed blacksmith at Stonefang Tunnel to forge it. The stats required to master it are 20 Strength, 14 Dexterity, 12 Intelligence, and 12 Faith.

It is a broadsword, the strongest weapon in the game, whose strength also depends on Trend of your character. Below I will show you how to get everything you need to forge it.

To allow the Blacksmith from forge weapons with the souls of Bosses you will have to deliver the Glowing Soul, dropped by the Flamelurker, the fire boss you can defeat at the Stonefang Tunnel.

Greatsword of the Moon

It is a weapon that requires 24 Faith to be used, it is one of the best swords in the game, once upgraded it is able to inflict huge damage. To get it you will have to complete a quest, below I will report the steps:

It is a weapon that requires 26 Strength and 16 Faith to use. The Big Cleaver regenerates HP and if associated with other objects it can be a useful weapon to survive. The weapon can be obtained as follows:

Greatsword of the Dragon

The last weapon we want to tell you about is the Dragon’s Sword, which requires 30 Strength. To get it you will have to have the White Trend, after which go in the Dragon God arena and the rubble that previously separated you from the sword will no longer be there, so you can pick up the weapon.

Demon’s Souls Remake Guide: The best armor and where to find them

After best weapons it is important to get the best armor to defend against enemy attacks. Below we report their position and how to get them.

The armor in question is one of the best in the game. You can find it in Latria Tower, Prison of Hope First Floor, near a pile of wooden barrels. Armor requires 18 Stamina to wear. It is quite resistant to melee attacks, less resistant to magic.

It is an armor designed exclusively for male characters, very useful against poison, but unfortunately it reduces the regeneration of stamina. To get it you will have to eliminate Yurt after freeing him in the Tower of Latria, Alta Latria.

Even this armor cannot be worn by female characters, especially recommended for those who intend to restart the adventure once completed. To get it you have to reach Archfiend Astraea in Archstone 5-3, then defeat the boss in question after that kill the knight Garl Vinland. If you have the White Trend you will find the knight waiting for you when you visit the area again.

This armor, on the other hand, is only for female characters, and is available in the Archstone Swamp 5-2 if you have the White Trend. There are two ways to get it. Eliminating the girl is no easy feat because she is pretty strong, or else Kill the Phosphorescent Snail that is behind the first Mist Wall in the Swamp 5-2.

This is the heaviest armor in the game, you get it eliminating Biorr of the Two Fangs, after saving it. So you will have to take out the Fat Officer and collect the Key, return to the Archstone to open the door on the right. Alternatively if you have the White Trend you will notice that the gate on the left at the first Archstone is open, so follow the path ed eliminate Miralda.

Armor of the Ancient King

The last armor we want to tell you about is that of the Ancient King, that you can get from Doran. First you have to complete the Ostrava quest of Boletaria, then save it on several occasions, just like you did for the weapon. Then use the key for open the Mausoleum and don’t just harm Doran but eliminate it.

Demon’s Souls Remake Guide: What the Hard Stone is for and where to find it

It will happen to you in the course of the adventure to come across the Hard Rock, but what is it about? It is a material that will allow you to upgrade your equipment, so you need to get plenty of it, but where is it? The best place to farm them is there Stonefang mines. There Hard Rock It is divided into Splinters, Large Splinters, Pieces And Pietradura Pura.

You can get some Hard Rock by enemies eliminated randomly or at the Archstones of the Bosses Boss Phalanx, Knight of the Tower and Penetrator of the Boltearia Palace, as well of course the Armored Spider. The Splinters instead they can be purchased from the merchant you find in the Sonefang tunnel.

Another method for farm the stones is that of eliminate the miners of the Stonefang Tunnel, they could drop you