Who is the best telco in Europe in digital transformation? 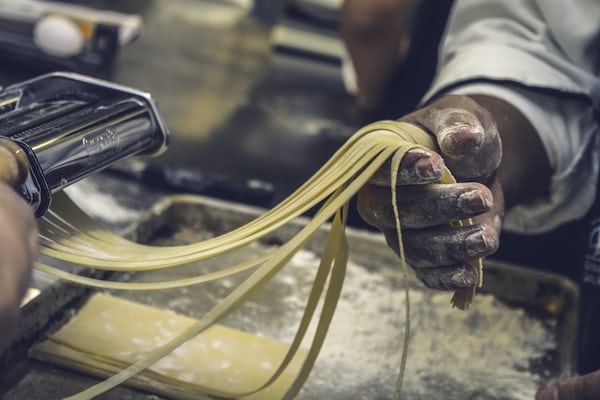 Who is the best telco in Europe in digital transformation?

A Morgan Stanley report places Telefónica as the best telecommunications company on the European continent on the path to digital transformation due to the good results achieved in network access, IT systems and data analytics and artificial intelligence.

The digital transformation has come with force to all corners of the world. In Europe he became the protagonist of the telecommunications industry a few years ago and its process remains latent today.

But not all telecommunications companies carry it out in the same way or with the same results. Within Europe, Telefónica has established itself as the best telco when it comes to digital transformation. This is reflected in the latest Morgan Stanley report, which gives the Spanish company a mark of 81%placing it at the head of the European ranking thanks to its good results achieved in network access, IT systems, customer experience and data analytics and artificial intelligence.

Digitization, a step towards transformation

The way of communicating has changed for a long time. The analog has lost prominence and digital has penetrated into society.

A whole digitization process is taking place around us and, on many occasions, almost unconsciously. But even if it doesn’t seem like it, communication is restructuringand with it the ways of interacting.

Making the leap to digital technologies is no longer an option, but a future need. Something that they know very well telecommunications companies.

Transform business models and create new value opportunities These are the keys that digitization offers them to increase their operational efficiency and thus improve the customer experience.

Some advantages that will mark the path towards transformation if progress is made in four fundamental pillars of digitization: in network access, IT systems, customer experience and data analytics and artificial intelligence.

The telecommunications sector is in it. Digitization is becoming more real and progress in modernizing access networks is an obvious fact. Something that is not so clear when it comes to integration and simplification of IT systems. And it is that, for the moment, penetration of online interactions is lowand there is no complete digital customer experience system.

A fact reflected in the last report of Morgan Stanley where list a the companies that are best positioned in Europe on the way to the digital transition.

According to the same document, Telefónica is the first telco in the ranking when it comes to digital transformation. Undoubtedly, a good starting point for the Spanish company that thus sees its bet towards the transformation of the future remunerated.

A path where it is advancing in networks, technologies and data analysis, but on which there are still steps to be taken to achieve massive integration of customers and their online interaction. Namely, changes in the way people interact with each otheras well as with service providers.

A real challenge for the future for which Telefónica must have two pillars of success: the support from your management teams and a human capital of agile and qualified workers who know how to move like a fish in water in this new environment of digital transformation.

Although there is still a long way to go, the Spanish company can boast of being considered by Morgan Stanley as one of the telcos that offers more details about how digitization contributes to a digital experience customer centric.

Thus, in its results for the third quarter of last year, Telefónica reported a 67% decrease in commercial costs in Spain between 2012 and 2017.

Some data to which is added having become the first European operator to offer its customers a cognitive intelligence platformwith predictive capabilities, that talks to networks in real time and helps manage their relationship with the company: Aura.

Artificial intelligence will be the company’s big bet to achieve a complete self management and supply of services based on the skills that this technology can provide, as well as create new services based on data.

To this end, Telefónica has already launched two major projects: Aura and LUCA.

In this scenario, Aura represents a new model in the relationship with its customers. It is an artificial intelligence intended to integrate all the efforts made to obtain the best data and become the main point of contact for the client for practically all their needs.

A series of data that, through LUCA, the company’s artificial intelligence unitthey may also be supplied to other companies to help capture and increase their value.

Yes, data has taken power and they will be the future of the company in the improvement of its Fourth Platform. The use cases of artificial intelligence do not stop growing and, along the way, we users will become the most graceful: customized solutions, real time offers, online charges, etc. A whole series of services that have already made Telefónica the leading telco in Europe and that outline a hopeful future for the company.