The space race intensifies with SpaceX and Blue Origin 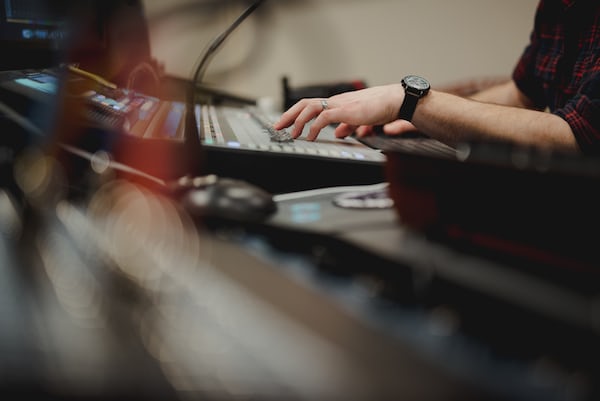 The space race intensifies with SpaceX and Blue Origin

The space race is the goal still pursued and longed for by many, but, apart from specific countries, there are two large companies that, at the moment, have the possibility of conquering it: SpaceX and Blue Origin.

The race for the conquest of space is not something new. However, there has been a different nuance in this process, and that is that this race has ceased to be an exclusive competition of the different countries to give the jump into the private sector hand in hand with two large companies: SpaceX and Blue Origin.

Elon Musk, CEO of SpaceX; and Jeff Bezos, CEO of Blue Origin, make headlines in the media due to their advances in the path to conquer space. But his trip, although it may seem very similar, has some differences. We explain which ones.

Yes, it is clear that both titans want to be the kings of the battle for outer space, but on their journey they have not set out to reach the same destinations.

Mars is the destination that Elon Musk wants to reach. Undoubtedly, an exotic and attractive place for many, but to avoid if one does not like a lot of radiations. Just a one way trip to Mars could lead to serious vision problems, dementia or cancer in astronauts, because the radiation load they would have to endure would be 15 times higher than the limit that a nuclear power plant worker endures per year. .

While SpaceX focuses its efforts on Mars, Blue Origin has set itself a different goal than the red planet. And it seems that Bezos’s company that “being on the moon” does not sound bad at all. Our main satellite is your priority, and establishing trips with that destination is the purpose of your work.

Mars and the moon. The moon and Mars. The destinations are clear and, like them, the objectives that each company pursues in its conquest also differ.

Blue Origin dreams of democratize trips to the moon, making them as simple as buying a simple metro ticket. Although, yes, for the moment, the prices are somewhat higher, and they are only available to those tourists whose current accounts do not house less than the odd million.

An idea that Musk does not agree with, who goes further and, as if it were the “promised land”, intends colonize mars. So far, the company has focused on sending satellites and research teams into space, but they promise that trips with real people will start very soon. So much so that the CEO of SpaceX has already announced that two anonymous people have left a significant deposit to reserve their seat.

The space race is expensive, and the two companies that have already made their bet on the reusable rockets. A way to reduce costs in this battle that has also already marked the differences between both players.

SpaceX was the first to use them and together with its ships, still under development, it will try to transport Mars to one hundred passengers at the same time. For its part, Blue Origin has decided to take away the title of exclusivity as far as the use of recyclable rockets is concerned. Bezos’s company has announced that it will use its own technique that could be more effective than that of its competition. A real news that has already been seen sending a Blue Origin rocket into space, which is landed, reshipped and landed a second timeshowing its potential to recycle.

Presence in the media

The social media They seem like perfect territory for Elon Musk. Here he moves like a fish in water and has no qualms about sharing all the news related to his company on the way to the space race.

A habit that the CEO of Blue Origin does not share at all. In fact, his personal presence in the media is quite scarce and he prefers to reserve his company’s achievements for the official announcements.

Differences, after all, in the vision to address a space conquest that is increasingly promising and full of possibilities.