The future of WiFi: do you know the difference between WiFi 6 and WiFi 6E? 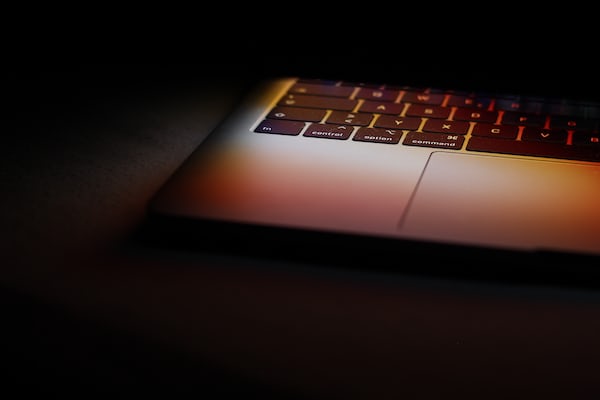 The future of WiFi: do you know the difference between WiFi 6 and WiFi 6E?

It’s easy to get confused by the maelstrom of acronyms and technologies that are updated faster than we are capable of assimilating. In mobile telephony, 5G is everywhere. There are already phone models that allow you to connect to Movistar’s high speed 5G networks. And if we talk about WiFi, the Wi Fi 6 compatible devices they are more and more.

Little by little, computers and other devices are appearing that allow access to WiFi 6 technology. In the case of Movistar, in its own product catalog it has the Smart WiFi 6 Amplifier that adds WiFi 6 support to your Movistar Router.

But if recognizing WiFi 6 devices wasn’t enough for us, now it’s joined by WiFi 6E as well. What differences are there between the two? What is the reason for nomenclature change?

In a previous article I commented that WiFi 6 It is the commercial name that we all know. corresponds to a wireless connectivity standard that we have been using for decades. The technical name of it is IEEE802.11ax. Obviously, it’s easier to remember your public name. As the sixth version, it is about an improvement from previous versions: more speed, greater number of devices connected simultaneously, better coordination of them, etc.

Another advantage of WiFi 6 is that it is compatible with previous versions. That is, you can connect devices with each other that support WiFi 6. But also with WiFi 5 or earlier. In this sense, it uses the bandwidths or spectra of 2.4GHz and 5GHz. These two figures will sound familiar to you because they correspond to your connections Wi Fi and Wi Fi Plus current if you use the Movistar Router.

The WiFi 6 standard was introduced on the market in 2019, and as we said before, it has been proliferating in the form of devices for all tastes, including smartphones and computers. In other words, it is likely that all, or almost all, of the devices you have at home will work with Wi Fi 6 in a matter of a couple of years. That is if you renew them for compatible ones.

So, if the present future WiFi technology is WiFi 6, why are people starting to talk about WiFi 6E? Specifically, the topic is in the mouth of experts and specialists in telecommunications and the Internet in the United States. In May 2020, the Federal Communications Commission of the United States, known by its acronym FCC, approved opening the 6 GHz spectrum for use by WiFi technology. This opened the door for wireless connections to benefit from a bandwidth that allows higher speed.

As the use of the 6 GHz width is so promising, the body in charge of managing WiFi, the WiFi Alliancedecided to give it a new name to differentiate the WiFi 6 standard that uses 2.4 GHz and 5 GHz and its improved version compatible with 6 GHz. This is where the name of WiFi 6E.

A) Yes, WiFi 6E It benefits from the technical improvements introduced by WiFi 6, such as better use of bandwidth for more simultaneous devices. And it also increases the speed of sending and receiving data by using a spectrum hitherto unavailable. By expanding the available spectrum, it adds more channels so more devices can connect at once. So it will be more difficult congest the connection.

The Wi Fi Alliance has begun this year to certify devices compatible with the Wi Fi 6E tag. This means that sooner rather than later we will start hearing about not only this wireless technology but also about concrete devices. We will first see them at specialized events, but then they will make the leap to technology stores. Specifically, there is already talk of chips broadcom and Qualcommrouters Xiaomi and ASUS and various devices such as smartphones Galaxy S21.

What will happen in Europe and Spain?

We said that WiFi 6E had arisen thanks to the unlocking of the 6 GHz frequency by the competent authority of United States. But, of course, that vote held in 2020 only affected US territory. What happens with Europe and, therefore, with Spain?

In Europe it remains to be seen when the use of 6 GHz for WiFi technology will be allowed. At the end of 2020, Germany showed its interest in implementing the WiFi 6E standard as soon as possible. For its part, the technical advisory committee of the European Union on these issues, the Electronic Communications Committee o ECC, approved its recommendation to release the 6 GHz spectrum for WiFi networks.

However, at the time of writing these lines there is no specific date to start implement Wi Fi 6E in the European market. And when it does, it won’t be identical to its US version. The reason is in the bandwidth released. While 1,200 MHz were released in the United States, in Europe, and therefore in Spain, the figure is reduced to 500 MHz. The result is that there will be half the number of channels available for connect devices simultaneously.

In Europe, there are other peculiarities related to the WiFi 6E. To begin with, although this standard can be used both outdoors and indoors, the maximum bandwidth available will be limited to indoors, where there will otherwise be less interference.

All in all WiFi 6E will facilitate Internet access in public places such as airports, sports stadiums, large buildings, connected cities, home automation installations (what we know today as the Internet of Things or Internet of things) or applications of virtual reality or augmented reality. For him home user, the advantages are similar to what we have mentioned before. Mainly, more connected devices, better use of available speed, more stable connections, etc.