Technology: an ally of the LGTBI collective in the work environment 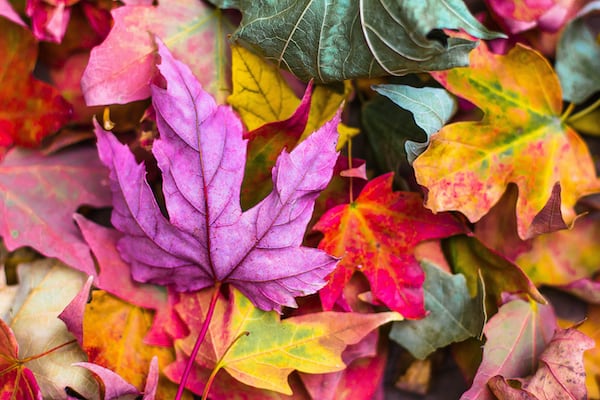 Technology: an ally of the LGTBI collective in the work environment

For some time now, LGBTI diversity has become a core aspect in the HR policies of many companies. Although Spain is one of the countries with the most favorable laws for the LGBTI community, numerous studies show that they continue to confront inequality in opportunities when it comes to accessing a job or in the exercise of it.

Technology at the service of diversity and inclusion can be a key ally when it comes to eliminate these unequal situations.

Although explicit situations of discrimination are less frequent. There are still biases, prejudices and stereotypes towards LGBTI people, contained both in behaviors such as non inclusive language. To give an example, 86% of LGBTI people have ever heard jokes, comments or rumors about their sexual orientation, gender identity or expression, or those of some other person, according to the report ‘LGBT Diversity in the labor context in Spain’.

In addition, this report shows that only 38% of LGBTI people have come out completely out of the closet, for fear of consequences in their professional career or in labor relations if they become visible. This percentage, however, increases significantly in companies that carry out pinclusion policies and protocols to prevent discrimination for reasons of sexual orientation, gender identity or expression.

Let’s start with a definition: unconscious biases are individual cognitive phenomena that occur in the human brain in response to the need to process vast amounts of information. Or put more simply, they are “shortcuts” that the brain follows to quickly come to a conclusiontriggering automatic preferences.

This automatic thought, according to different authors, reaches condition our behavior in more than 90% of the cases. In other words, our actions, on a day to day basis, are totally conditioned by biases that go unnoticed by us. Unconscious biases can condition people’s professional lives, creating barriers for those who “do not fit in” and do not feel included in the “normative culture” of the company or team.

LGBTI people may be particularly vulnerable to certain types of unconscious bias, both in selection processes and in the evaluation of their professional performance. Therefore, they can determine that a job interview or an internal promotion process is developed differently.

Unconscious biases influence our lives in this way and can even lead to discriminatory situations. Preventing and curbing them as much as possible is possible with the right tools that help control and reduce the impact of these mechanisms inherent to human beings.

Technology as an ally

It is common to hear in forums of diversity and inclusion professionals that technology, such as big data, can reach perpetuate the effect of unconscious biases or that it can exclude certain groups if they have not been considered in the development of solutions. However, when diversity is precisely part of the bases of innovation, technology can be a great ally in inclusive business processes. Let’s mention some examples.

The inclusion of the different groups that make up the company is essential to create innovative and safe work environments, where everyone on the staff feels welcomed and listened to. Properly using technology in daily use, such as the intranet, we can create an LGBTI ERG (Employee Resource Groups, networks of LGBTI employees and allies) in a simple way, encouraging any worker to join and its members to be visible on the network. internal. In this way, companies can make their commitment and support more noticeable to the rest of the employees.

The level of participation in employee networks also allows companies to assess the climate of acceptance of Diversity and Inclusion policies. In addition to creating a direct communication channel to reinforce certain protocols or develop new ones based on the specific demands received by the ERG.

To deepen the evaluation of the work environment and the commitment of employees, technology also allows the conducting internal and anonymous surveys. Understand how the LGBTI group itself perceives equal opportunities in the company or, even, whether or not they are out of the closet in the work environment and their reasons. These are critical elements to understand what kind of actions HR departments should focus on.

Also considering the possibilities of technology such as artificial intelligence, HR departments can reach eliminate the effect that unconscious biases may have in their different processes. For example, through the use of machine learning (ML), it is possible to analyze the texts of job offers and alert on controversial words due to gender bias and propose alternatives. Thus guaranteeing that we reach the ideal candidates for each offer, regardless of their sexual orientation or gender identity and expression.

Also, through the use of algorithms, tools for Mentoring programs can create suggestions for the assignment of mentors and mentees based mainly on Professional skills and interest in career development, without considering personal characteristics, which should not be relevant. Thus, it can be ensured that people from the LGBTI community have equal opportunities.

It is important to highlight that the trans community is also supported by technology with regard to their gender identity and name change. The legislation of many countries implies that the legal process for name and gender change can be quite long. The need for companies to issue official documentation for their employees, such as, for example, the “Certificate of Retentions and Payments on Account of IRPF”, which is received by the Public Administration in Spain, requires the use of the official legal name.

Although this need should not prevent a company from recognizing the name chosen by its trans employees, for internal or external communication purposes, such as with clients. Once they decide to abandon their deadname (the name of a trans or non binary person before assuming their gender identity). Trans inclusive HR management software solutions are capable of cover this need for coexistence of both names during the transition process.