Salman Khan, the commitment to technology that connects people’s lives 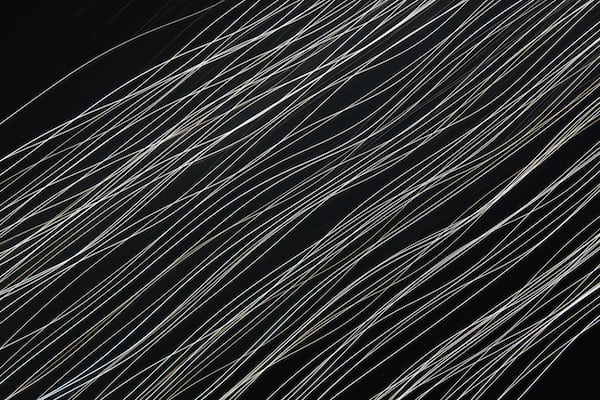 Salman Khan, the commitment to technology that connects people’s lives

When physical or social barriers arise, technology is there to help people. We have seen it with Covid 19, a complicated stage that has put institutions, companies and societies around the world in check. Sometimes there are situations that make us rethink how we live or we behave and yes, it really is the best way to do it. This has been one of them and it has shown us that there were things we were doing wrong and that we must change.

Internet, social networks, smartphones and computers, those devices that months ago were even viewed with suspicion due to the ‘dehumanization’ that their use represents, have become quite the opposite. Technology humanized usdigitalization banished distance, and brought us closer at a crucial moment, showing that it is there to help us.

After the current situation, it is in our hands to choose what the society of the future is going to be like and how we are going to use technological advances to make a better world. Some theorists already have more than one revolutionary idea. One of them is Salman Khan, who will speak about his proposal focused on new educational systems at the next celebration of the enligtED, the world event on educationto be held from October 19 to 23.

Salman Khan, dreaming up change from MIT and Harvard

Salman Amin Khan, born in New Orleans in 1976 into a family with a Bangladeshi father and an Indian mother, is an influential professor,computer and mathematician. He received bachelor’s degrees in mathematics, electronic engineering and computer science from the Massachusetts Institute of Technology and, years after graduating, completed an MBA from the prestigious Harvard University. It was here, precisely at Harvard, when Salman Khan decided to turn his work and academic life around to launch a project that, years later, would revolutionize education.

In 2006 he began his innovative educational project, the ‘Khan Academy’and in 2012 he released his successful work, ‘The One World Schoolhouse. Education Reimagined’. Such was the impact of the thought embodied in his work and, above all, the success of his educational platform, that in 2019 he received the Princess of Asturias Award for International Cooperation for his “innovative pedagogical vision” through his digital academy, “a original and transformative format».

Education without barriers, for everyone

“Technology can be used to make our lives more, not less, human. Imagine a world where class time is no longer about sitting still passively listening to the lesson, but about children collaborating and working to learn at their own time and pace.”

Salman Khan, excerpt speech of thanks Princess of Asturias Award for International Cooperation 2019

However, Khan is very clear that, between a good teacher and technology, stays with the human value and the quality of the educator. But it is precisely in this election where Khan favors humane treatment where, making a perfect theoretical twist, he invites you to think about what that great teacher would do if he had digital tools to improve his way of educating.

Khan invites us to reflect on how technology could change the role of the educator for the better. Professionals will be more empowered thanks to the information and tools that will help them have the better personal interactions with your students.

And it is that, today we have seen how the digital age and technology have changed the way of educating and, in addition, demanding new jobs. At Telefónica we are aware of this and we are committed to this new way of educating through Telefónica Digital Education and Fundación Telefónica’s educational projects such as the innovative Conecta Empleo tool.

It is an efficient and effective way, in addition to training young people and children, to save thedigital divide and promote professional ‘reskilling’. Adult life, marked by a lack of time, can find an ally in this type of training, since it saves us from transportation problems or schedule limitations. It is a great tool for job update.

Salman Khan is a teacher with more than 70 million students thanks to his well known ‘Khan Academy’, the free online education platform that the American educator created in 2006.

The ‘Khan Academy’ project has more than 20,000 videos that exceed the 1.4 billion of visits from 190 countries. A non profit organization that provides a quality and free education for anyone, anywhere.

“Imagine a world where every child truly has access to free, quality education. That seems to me, the most humane and the most humanitarian of the worlds.”

Salman Khan, excerpt speech of thanks Princess of Asturias Award for International Cooperation 2019

As is the case on most occasions, the idea for this innovative educational project was born out of sheer necessity. Salman Khan’s 12 year old cousin needed after school math lessons, and her cousin, an MIT student, seemed like the right person to teach her. However, he was not a teacher to use.

Salman decided to do it through video tutorials that he uploaded to YouTube. He recorded them himself and, in addition, shared tasks online. Little by little, he spread the word in the family, later in the neighborhood, and so on until it became one of the best known online education platforms on the planet.

To this day, ‘Khan Academy’ works through donations. It has more than 4,300 educational videos, since Salman Khan is a fervent advocate of video to reinvent education, and has been translated in more than 59 languages. Although it is aimed at primary and secondary school students, anyone can access it and it has several modules aimed at university students.

Khan Academy has had even more impact during the confinement periods due to Covid 19. With the classrooms closed, its learning model has become a clear and tangible example that makes us reflect on the challenges that the pandemic has posed to the educational and labor spheres in our society.

online educationit is no longer an alternative, but something essential. Now more than ever, e learning platforms such as that of the American educator, or the platform Myriadax and its coursesare key in the training process.

When physical classrooms are full of restrictions, the digital world stands as a safe and accessible place. Although we all know that the virtual will never be able to match closeness and human physical interaction, it has shown that it is a real and valid alternative.

Let’s not just think that online education can be an addition to the traditional model. Let’s think about what this form of education must have enough weight so as not to be relegated into the background and should now be included in the educational system.

Why should it be a simple alternative when you can’t go to class? Let’s integrate the virtual and the physical, multiply the value of training, overcome barriers and create quality education. Let’s take advantage of the situation to rethink the education system and make use of technological advances.