Rayman: from worst to best according to critics 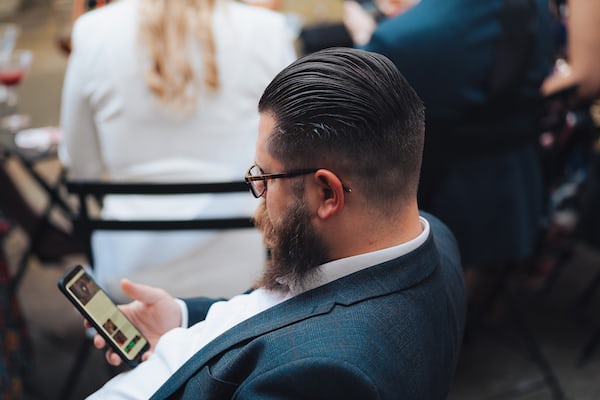 Rayman: from worst to best according to critics

What company does not want to have a mascot? A character that represents your company and that will always be a source of profit and happiness. Many developers have it and many want to have it.

In the mid-90s, Ubisoft spotted a project that could become its own mascot, which ended up working. This is the Worst to Best in the Rayman franchise, which is part of the Voxel holiday special. Here are our criteria, pay close attention:

Who was last in the list was he, the first game in the franchise, Rayman, released in 1995. The character lives on a peaceful planet with several beings in harmony, but that changes when the villain Mr. Dark steals the Great Protoon, the that spreads the Electoons around the world, ending up with all the tranquility of the place. With that, Rayman is forced to defeat the antagonist to return things to their rightful place.

The game follows the classic 2D side-scrolling gameplay, with the character needing to explore the different levels divided into six worlds to release all the Electoons and thus face Mr. Dark. As the adventure progresses, Rayman gains special abilities, such as telescopic punch and using his hair to glide instead of falling straight to the ground.

The initial idea of ​​the character was born from a drawing made in adolescence inspired by Russian, Chinese and Celtic fairy tales by Michel Ancel, one of the concept designers of the title. The Guillemot brothers, founders of the company, placed a lot of confidence in the title, making the project the main one for the developer at the time. Looking at the commercial side, the confidence paid off, with Rayman being the best-selling title in PS1 history in the UK, with approximately 5 million copies sold, but it did not impress critics that much.

The game was well praised for its originality, animation and soundtrack, but the controls were not so responsive, the difficulty is very high and the game had frequent problems in relation to its save points. In the end, he made room for some sequences and took home 76.5 of note.

Rayman 3: Hoodlum Havoc, released in 2003, is a sequel to Rayman 2, but with a much lighter, comical and sarcastic tone than its predecessor. In it, we accompany the hero who aims to stop the villain André, a black lumus who is gathering an army of monsters called Hoodlums, which are nothing but corrupted lums that have undergone several changes.

Now, there will be a lot of trouble for those who come in front and want to disturb our protagonist. The gameplay is very reminiscent of Rayman 2: The Great Escape, with 3D visuals, combat with enemies and several platform moments. A few cans of “Laser Detergent” are scattered across the map, giving Rayman one of 5 special powers that can help the player move through certain parts more easily.

For the first time in the franchise there is a points system that is based on Rayman’s actions. When it is activated, the system changes to a combo mode, which multiplies the points according to what is done. Some problems punctuated by the critic are the buggy camera, it is unoriginal and the sound part can be annoying in many moments, but the visuals are colorful, the gameplay is very good and the fun factor is quite large. Your grade is 76.8.

After 8 years without a main game in the franchise, Rayman Origins, released in 2011, came to end the drought and change the game’s formula a little. The game released for the seventh generation of consoles returns to 2D and cartoon visuals, initially presented in the first game in the series.

In the story, Rayman and his friends were asleep and a microphone, disguised as a flower, ends up capturing and increasing the volume of their snores, which awakens a candle from the Land of the Livid Dead, which sends an army of hideous creatures in retaliation.

Our heroes end up being defeated and captured, except Rayman, who now has to save all his friends and the world as a whole. The gameplay returns to the classic side-scrolling platform with a co-op of up to 4 players who can enter or leave whenever they want.

When one of them is defeated, they kind of inflate and can return to the game when a teammate hits them. In addition to jumping from side to side and battling enemies, it is necessary to release the trapped Electoons, who may be in the middle of the path or in secret places.

The game ended up being praised for its level design, its cartoonish visuals and its coop, but many ideas are repeated several times during the game, the lack of online multiplayer and the huge amount of collectible items that can distract the player from the stage. The game scored 88.

Second is Ubisoft’s second mascot game, Rayman 2: The Great Escape, released in 1999. Unlike its predecessor, which was a 2D platform, this one ventures into the third dimension to bring one of the best experiences of its kind.

In this game, Rayman and Globox and other allies must fight the Pirate Robots, led by Admiral Razorbeard, who invaded the world called Glade of Dreams. The gameplay consists of jumping obstacles, facing enemies, solving puzzles and collecting lums, the latter liberating new parts of the world.

At first, Rayman starts with some skills, but gains others as the game progresses. While the 64, PC and Dreamcast versions were developed by Ubi Pictures, which created the first game, the PS1 version was made by Ubisoft Shanghai.

Critics simply loved the game, saying that the characters’ cute, slick design and polished gameplay have made the game one of the few to have something to offer any gamer, regardless of age or ability. In addition, the audio, the controls, the world and the soundtrack were also praised. At the time of launch, it was constantly cited as one of the best games ever produced and you can understand why.

And we go to the first place on our list. Raymand Legends, launched in 2013, follows the same gameplay style as Rayman Origins, which brings together up to 4 players to pass through different levels, defeating enemies, collecting lumus and saving the little Teensies. There is also a competitive multiplayer called Kung Foot, which is basically a football match, and special rhythm levels that feature covers of songs like Black Betty, Eye of the Tiger and Antisocial.

In the WiiU, Vita and PS4 versions it is possible to control Murfy with the touch control instead of pressing a button to help him cut strings, activate mechanisms, hold enemies and more. The game was highly praised for basically being an evolution from its predecessor but bringing a lot of new content.

The gameplay and design of the levels were praised, as well as the coop game. Many described it as close to perfect, faltering in the short duration, but presenting an incredible game. He got 90.5 of note and trophy.

Remember, these notes are not ours, but the Metacritic note aggregator. This was the Worst to Best of the Rayman franchise, which is part of the Voxel holiday special. Don’t you agree with the list? Leave it there in the comments.