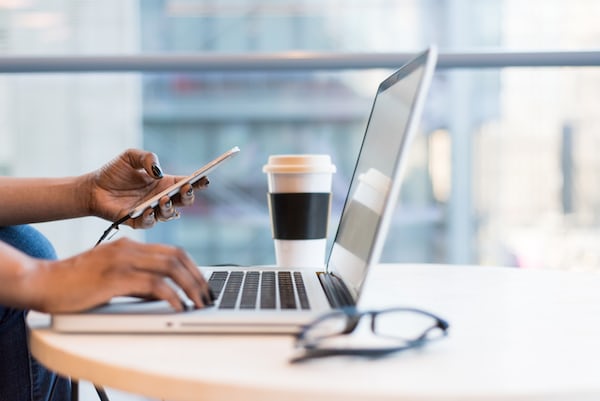 Movistar Plus+ video library born with the aim of sharing, preserving and offering teachers a tool of great value for the academic training of university students. It’s about a exclusive and free access to more than 30 years of history of Spanish and Latin American film programs.

Framed within the Movistar Plus+ Sustainability area, Movistar Plus+ Video Library offers a journey through the history of cinema.Through the archive of programs, workshops, interviews, and reports from CANAL+ and Movistar Plus+, from the 90s to the present. In addition, it incorporates content from its successful original productions such as La Unidad, La Peste or La Fortuna.

Movistar Plus+ is the audiovisual entertainment platform of the Telefónica group, leader in Spain. Its proposal includes a risky original production and the best premium content of sports, movies, series, documentaries and programs. To which are added the best functionalities and access, on demand, so that the user can enjoy television where, how and when they want.

In addition, it integrates the offer of international operators of which it is a strategic partner in Spain such as Netflix, Disney +, Prime Video and DAZN; as well as the national platforms ATREPlayer and Mitele PLUS. Movistar Plus+, which broadcasts its content via fiber, ADSL and via satellite; and is available in turn, on smart TV and mobile devices, operates under the Movistar+ brand since 2015 and has its origins in the merger of the CANAL+ (PRISA Group) and Movistar TV (Telefónica) platforms.

Video library, a constantly evolving portal with thousands of hours of audiovisual production

The Video Library platform shows a selection categorized and cataloged by the Documentation and Video Library areas. It brings together true gems of our history and valuable content on Spanish and Ibero American cinema.

The idea of ​​creating a Video Library was born from Miguel Parra, editor and presenter of the Movistar Plus+ Film Content area. For its implementation, the work of areas such as Video Library and Documentation; and the collaboration of practically all Movistar Plus+ departments.

Miguel Parra is a recognized professional with a long career, being a benchmark of knowledge about cinema, and who has published articles on the same subject in El País and has participated in cinema programs on Cadena SER. In addition, Miguel is a filmmaker and has participated as a member in the commission of selective subsidies for feature films and short films of the Ministry of Culture.

What does Videoteca offer students?

A live portal that incorporates the new productions and its 900 current programs. Its history ranges from the first interviews with directors and actresses, now consolidated and recognized nationally and internationally, to reports, series and classic programs from the origins of CANAL+, such as ​“Lo + Plus”​

“Current programs” stand out, with content from 1990 to the present day; and pioneering content such as “Primer Plano” (presented by Maribel Verdú), “Magacine”, “Tentaciones” or “Pool Fiction”. And special programs on the original series, or on films such as “While the war lasts”, with specials such as “Unamuno’s film”. It also follows the news of festivals such as Malaga and San Sebastian, both closely linked to the history of Movistar Plus+.

New ways of relating innovation and technology, with the academic training of university talent

Today more than ever, connected spaces are needed that allow new audiovisual professionals to share and facilitate access to valuable content for the future, in areas such as direction, production, photography, directing, innovation in cinema, series, and the generation of new entertainment content, therefore, it is essential that the company and the university walk together with the aim of generating projects of undoubted value for society and young talent.

Telefónica, after many years of collaboration with the university and great results, explores new modalities of cooperation and alliances through its area Open Innovation Campuswhose mission makes them a two way bridge between university and business, and on this occasion, together with the Movistar Plus+ team, they design and present a new collaboration model with universities, with the aim of strengthening connection ties and creating a value proposition for the students and the educational program.

With this common purpose, the university and Telefónica offered Nebrija University students the opportunity to carry out thematic creativity laboratories, proposed by Movistar Plus+. In them, students use the Video Library as a research tool to prepare their work framed in subjects or final projects.

Among the themes, the role of women and the evolution of society

Research and work topics were raised on “The presence of women in Spanish cinema on both sides of the camera. From the ’90s to 2020: History of a gradual incorporation”, where the final presentations of the students showed the difficulty of female representation in the sector where, according to reports for Spain from CIMA, only 12% of women are screenwriters , 38% represent main characters and 20% are directors.

Similarly, the papers presented highlighted aspects, about how the representation of feminism has been in history and how it has been shown or told; or how necessary it is to change the paradigm, since cinema is told mainly by men and the role of women has always appeared represented in the background, in addition to the existing budget gap between projects led by men and productions led by women They have much lower amounts.

Video library has enormous potential, due to the large amount of content, and we intend to continue using it in greater depth

Students and professors of the University of Nebrija

The boom of the Spanish series

The other topic proposed by Miguel Parra to the students was based on “The boom in Spanish series: Actors, creators, directors… The differences between platforms”. The students highlighted the importance that “cinema, series and life must go hand in hand”.

“Spain in Series” by Videoteca, and its four episodes “Heroes”, “Fighters”, “Comics” and “Sucessors” served as inspiration to obtain reflections as relevant as the series reflect the evolution of society and the change in the role of women in recent times. Or the existence of gaps between content and children’s series, and young adult.

Thanks to initiatives like this, it is possible to give more life to the archive and history that Videoteca shows. Offering this content and sharing it is a great opportunity to improve the academic projection and career of our future professionals in the film and fiction series industry.

Activities carried out within the framework of the Video Library with Nebrija University during 2022: