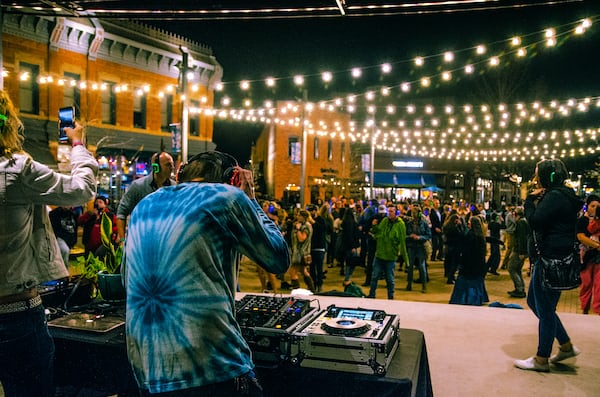 Beloved by the new Los Santos scammers, the Declasse Granger 3600LX it’s such a spacious heavyweight that you won’t even be able to smell your passenger’s gasoline and candy breath. If that’s not enough for you and you want to keep your distance, you can always hang your members on the sides of him. Purchase the standard version of the Declasse Granger 3600LX from Southern San Andreas Super Autos and modify it in the Agency’s workshop, with gadgets such as the frequency jammer.

After recovering the songs and fixing things with Dr. Dre, you’ll receive Double GTA $ & RP, as well as a cute souvenir, the Low Santos Cap. This cap will be delivered by February 10 to all eligible players.

There are those who die at the idea of ​​being confined to a life marked by the monotony of a card to be stamped and prefer to earn their living on the margins of society. Outlaws are in luck: the black market is getting more and more profitable! Motorcycle Club Presidents will earn Double GTA $ & RP in MC Assignments And on weed sales missions and of falsified documents until February 2nd.

Sometimes four wheels are too many for an assignment and it is better to rely on two-wheeled vehicles: launch into wheelies and drive to the finish line! In all races on two wheels you’ll get Triple GTA $ & RP next week.

Thanks to its limited spaces, very few ammunition available and its difficulty, Two hits and off you go is an even more adrenaline-pumping version of Last Man Standing. If you miss your aim, you will be forced to fight hand to hand. Triple GTA $ & RP rewards will reward you worthily for the stress.

This week, who will decide to become associate or guard of Los Santos crime professionals, or will become a prospect MC, will receive a white Nagasaki sweatshirt for free.

The best members of the Autoraduno of LS reaching the first three places in the LS Autoraduno race series for three consecutive days they will receive a Karin Previon to be modified at will. See you at the finish!

Pass by the test area to try out the Pfister Growler, Dinka Jester RR and Annis Euros

This week, try the incredible Pfister Growler, Dinka Jester RR and Annis Euros in the columns of thetest area of ​​the Autoraduno of LS free.

The first prize of the week: Progen T20

Leave the keys to your latest purchase at the valet, grab a drink (or three, why not?) At the bar, and take a spin on the lucky wheel to win GTA $, RP, clothing, accessories, snacks and more. The top prize of the week is the Progen T20, a hybrid hypercar that roars menacingly at high speeds, like a fiberglass hornet.

Due to the black market boom, we have a number of discounts on Centauri factories and related properties to launch into the world of crime, and on a range of two or more wheeled vehicles.