Earth calling Mars: this is how communications work in space conquest 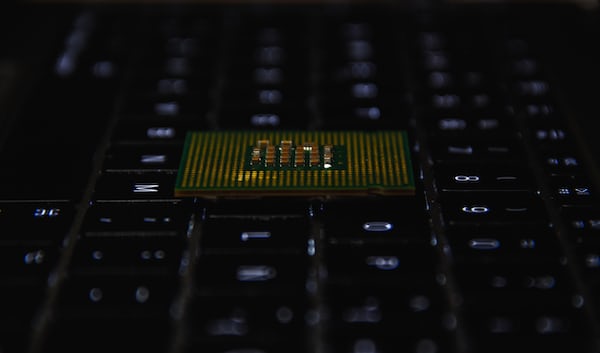 Earth calling Mars: this is how communications work in space conquest

There are many types of science fiction movies. Kubrick’s work, 2001: A Space Odyssey, has always been said to achieve enormous precision in conveying the space life of the astronauts. Other titles have abandoned the corsets of physics to embrace the most capricious sensationalism. And many films combine these two antagonistic forces, scientific rigor with narrative needs.

Hence, in Ron Howard’s Apollo 13, the famous sequence that begins with the famous “Houston, we have a problem”, communications take place without interruptions or hardly any interference. And it is that the signal that is emitted from space and received on earth is much lower than other communications, such as television or telephone.

In other cinematographic titles, connection losses between the ship and the ground station are represented, which are recovered in a matter of minutes. Eva Vega, head of the Department of Space Programs at the National Institute of Aerospace Technology (INTA), points out that the resolution time depends largely on each situation. “There are problems that are solved with a simple intervention and other more complex ones that can the station stop for a few days”.

Famous spaceflight related movie titles abound. Films such as Chosen for Glory, by Philip Kaufman, or Mission to Mars, signed by Brian de Palma, have found their way into the film library of collective memory. While other more recent ones, like Christopher Nolan’s Interstellar, renew a genre that has never completely stopped orbiting.

The reality of communications beyond the cinema

“In general, there can only be communications when objects, be they probes, planets, or astronauts, are in direct view and the antennae are well pointed. Even so, the delay due to distance must be taken into account. Few movies take this into account,” says Jorge Vago, ESA ExoMars project scientist.

The reality is usually a little different from how the cinema paints it. To begin with, space Earth communications have a series of peculiarities that should be known in order to understand how there can be failures. Eva Vega recalls that space vehicles move at high speeds with respect to the terrestrial point of communication. This makes it a bit more difficult for the signal to arrive properly. In addition, ground stations must know the approximate trajectory of the satellite or spacecraft in order to track.

An added difficulty is that spacecraft have low transmit power and low receive gain. It is certainly not the best device to communicate with. And it is that the signal loses power when passing through the atmosphere. It should also be noted that the higher the link bandwidth, the more sensitive the signal is to the environment.

Why communications can be interrupted

One of the fears that the viewer tries to imbue in movies about space flights is the loss of space Earth communications. It is impossible that this orphanhood before the abyss of the universe does not cause uneasiness. However, the reasons why communication can be lost are more pragmatic than surprising.

“The most typical reason is when the spacecraft enters eclipse, when it passes behind the planet and cannot see the Earth”, points out Jorge Vago and puts the satellites as an example. “It depends a lot on what the orbit of the probe is. If it’s a low altitude circular orbit, half the time it will be in front of the planet and the other half behind it. If the orbit is very elliptical, the time that the Earth cannot see the satellite is much shorter.

Eva Vega emphasizes that the loss of communications, in general, is due to “the specific unavailability of the transmission or reception system of the satellite or the ground station, either at the hardware level or due to its control units, the software”. Among the reasons for this to happen are the availability of imprecise ephemeris, necessary to calculate the trajectory of the vehicle, with which the antenna would not point correctly.

The misconfiguration of the link parameters, power supply problems —either in the ground station or in the space transmitter—, stronger interference near the link band or atmospheric phenomena, such as a storm, in cases of links with little power margin are other reasons that can interrupt space Earth communications.

The journey to Mars: achievements and challenges

One of the great space challenges today is the conquest of the red planet. It is another of the feats that cinema has imagined for decades. One of the last works that has addressed it was Mars, by Ridley Scott. This tape also deals with the question of how to establish communication in a precarious way with the Earth.

But let’s forget extreme situations, like the one presented by the film starring Matt Damon. The first thing is to focus on the most immediate: arriving. “On the way to Mars communication is very easy. Earth stations, such as ESA’s on Cerberus, communicate with the spacecraft on the way to Mars. It gets much more complicated after landing”, exposes Jorge Vago.

The ExoMars project scientist explains that for now there is no truly effective solution to communicate directly with the red planet. “To be able to talk directly to Earth, you need a large antenna, which is very difficult to install on a rover. Or if not, you have to accept that the communication is very slow, a few bits per minute”, he highlights.

Control of autonomous exploration of Mars

Communications with the red planet are not easy. And, therefore, the missions of the rovers that have traveled its surface in search of answers have to be executed on a deferred basis. “What we do is communicate with the control center using a satellite as a bridge, for example, the ExoMars TGO,” says Jorge Vago. “When the satellite flies over the rover it is only 400 km high, which is relatively close, so we can send it a lot of data. The satellite uses its large antenna to relay them back to Earth.”.

With these wickers he establishes communication. Of course, the system has its drawbacks. But for now it is the safest thing that has been achieved. “The price to pay is that the satellites pass over the same place on Mars two or three times a day for a few minutes each time. In the morning we tell the rover what to do, and at night it tells us how it went, it sends us the data”, illustrates Jorge Vago. And he adds that in practice this means that the rovers have to operate autonomously. They only have instructions for reference sent once a day or, in the best of cases, every several hours.

Manned returns to Mars: a challenge for communications

Exploration of the Red Planet by rovers has provided important information about the planet for years. Clues have even been found that indicate the possibility that there was water at some point. However, one of the next milestones in the space race is manned flights to Mars.

Not only NASA has plans to carry out this feat. China is contemplating its own initiative to bring astronauts to the Martian surface. Even SpaceX —with the voice of its co founder Elon Musk— intends to put a human being on the red planet. How could it be otherwise, communications here will be essential.

“Mars is very far away, so it is not possible to control probes directly. Light and radio take time to travel from one planet to another”, points out Jorge Vago. The same thing will happen when an astronaut steps on the Martian soil. The process to contact the ground station is far from direct, as we have seen.

“Since the first missions to the moon, there has been a network of space stations, both NASA and ESA, distributed around the world, to ensure that the spacecraft is always visible to one of the stations and, therefore, it has contact with the ground,” says Eva Vega. “For manned missions, more powerful communications systems are being worked on focused on the transmission of video and data in real time”.

This type of information will be very relevant, since the images can be better analyzed on Earth. “What must always be taken into account is that due to the great distances, communications will present a delay, from a few seconds in the case of the Moon to more than 4 minutes in the case of traveling the distance between Earth and Mars. Obviously, this makes two way interactive conversations more complex”, concludes Eva Vega. In short, little fluidity of conversation for the rhythm that cinema needs.