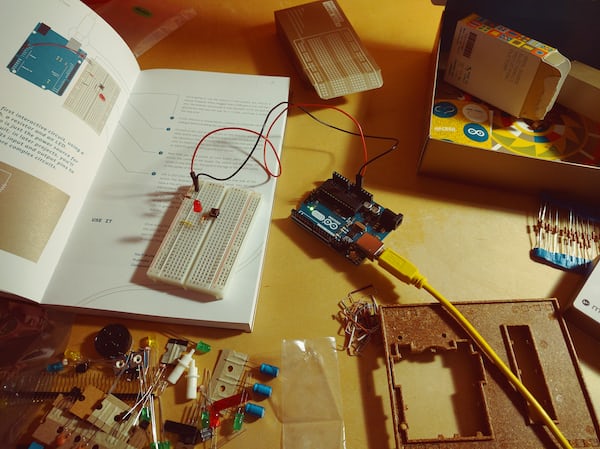 The good gamer has several battles to deal with to play online in acceptable conditions. which for many can be a good connectionfor the gamer there is one unacceptable latency and the speed is not up to its standards. And it is that no matter how much bandwidth you hire, all help is little to play online. And WiFi coverage is key. The solution? Complementary devices such as a WiFi repeater or similar.

is usual access the Internet through the WiFi network. Out wires. Freedom of movement and being able to place your gaming device wherever you want. Be it a smartphone, a video game console or a gaming PC. The good thing is that today we have a wide range of aids so that your WiFi coverage covers your entire home and you can play in the best conditions.

Let’s see a selection of devices and gadgets for all pockets designed for the home and professional environment and that they will take advantage, as far as possible, of the WiFi coverage offered by your router. Any help is little when it comes to getting the most out of bandwidth.

A router for gamers

Let’s start with the origin of everything. When you hire Internet you get a router that offers you WiFi access. Depending on the model, it has external or internal antennas. That and different versions of the WiFi protocol, depending on the age or novelty of the router.

However, there are routers on the market for concrete activities. And routers for gamers are a clear example. As soon as you see them you realize the difference with a standard router. The first thing that stands out in the gaming router is that they have several large external antennas, between four and eight, depending on the model.

Are you forced to play online with a gaming router? Not necessarily. Like everything, if something works, leave it. The default router that we have at home, like the one offered by Movistar, more than meets most needs that you can have And you can always improve its performance.

Be that as it may, even if you buy a gaming router you will still need your internet provider’s router, since this acts as an intermediary between the optical fiber and the devices that you want to connect to the network. Depending on the model, you can connect it directly via Ethernet or use it as wireless access point.

Another advantage of supporting your Movistar Router with a router for gamers is that you will be able to incorporate the most recent version of WiFi, WiFi 6, faster and more efficient. In addition, the WiFi coverage will be better than with previous versions.

A more powerful antenna for your connected device

Linking with the previous point. The router, which transmits the Wi Fi coverage signal, is just as important as the device to be connected. That is, depending on the age of your device (PC, smartphone, console, tablet, television), it will be compatible with a more or less recent version of the Wi Fi protocol.

Today, virtually any device has WiFi access. But it can be improved. How? With a WiFi antenna we can connect directly via USB. You will get greater WiFi coverage using the latest protocol and gain speed and quality while playing online.

There are antennas for all tastes and budgets. Normally they are for PC, so if we want to use them with a smartphone or video game console, we should use the computer as a WiFi access point and connect the devices to each other.

A WiFi signal booster or repeater

If we talk about devices to improve WiFi coverage, the first candidates are always WiFi signal repeaters or amplifiers. These are devices that make of intermediaries between your router and your devices to connect.

Although technically it is two different devices, nowadays they are often confused because both have the same functions. That is, take the WiFi connection from the router and repeat it beyond its coverage area.

Movistar, for example, has its Smart WiFi Amplifier. You can install it yourself, with or without cables. Like the Movistar Router, it allows you to create two different WiFi networks. One of 2.4 GHz and another of 5 GHz. The first one has more range, while the second one is faster.

A WiFi Mesh or mesh system

In case you need to extend WiFi coverage to your entire home, without leaving a single corner blind, you might like the idea of Mesh WiFi or mesh WiFi. Technically it is an evolution of the classic WiFi repeaters. Although in reality they go further, since they are not limited to repeating the WiFi signal.

A mesh WiFi system or WiFi Mesh in English consists of a strategically spread set of devices. From a central device, connected to the router, the rest of the devices receive the signal and extend the WiFi coverage thanks to the fact that they act as an access point. All this without cables.

The novelty is that these systems, in addition to being small and cheap, manage the internet connection depending on the need for bandwidth at all times. Also, if you’re accessing the WiFi network on the go, the mesh system itself chooses from what point is it better to access depending on the devices you have distributed around your house.