Are you Dorothy’s friend? 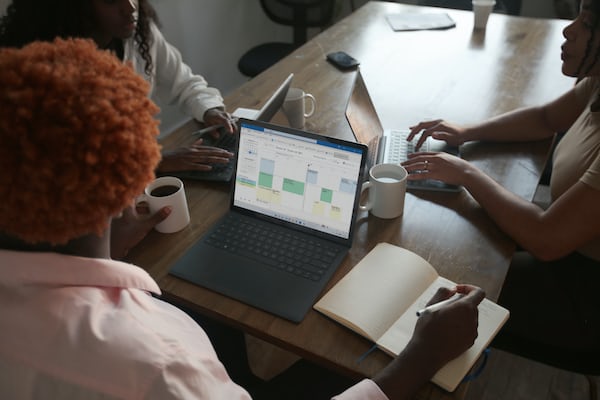 Are you Dorothy’s friend?

Perhaps the first secure password of the 20th century: “Friend of Dorothy?”, 18 characters with uppercase, lowercase and some special character, opened the doors of ambient nightclubs, clandestine parties or safe places for LGTBI + people, from coast to coast in the US.

The persecution, homophobia, insecurity or violence that LGTBI+ people receive sharpen anyone’s ingenuity, to the point of wanting protect your safe spacesas if we were talking about a data center.

“Dorothy’s Friends” was the perfect password to identify yourself and enter these safe places for LGBTI+ people in the 60s. A reference to Dorothy Galethe main character of the movie The Wizard of Oz, played by Judy Garland and where with his song Somewhere over the rainbow he promised the dream place “where problems melt like lemon candies”.

Although, unfortunately and as in the emerald world of the country of OZ, a Witch was capable of breaking the peace of its inhabitants. Safe spaces for LGTBI+ people were constantly assaulted by the policewho broke the security of these spaces by escalating to ROOT like any hacker who finds yet another exploit in that precarious and obsolete security protocol, which only the most disadvantaged are forced to use, for the simple fact of being considered second class people.

In this case, there were constant beatings, teasing and jail for LGTBI+ people, protected by unjust laws that prohibited homosexuality and transvestism. Harassment in these spaces was also common. The brute force attack of the time was not about algorithms testing password dictionaries with infinite possibilities, but in this case, brute force was more literal.

The most normative or wealthy people could save their furniture and escape raids because they had a paid Secure VPN (although it didn’t always work for them). But trans women, drag queens, ***** people, *** workers, homeless people, or those with a different gender expression, had to navigate with Internet Explorer 6, and they were not spared the beatings and the nights in the dungeon.

And so, every weekend, everything was repeated with absolute normality. LGTBI+ people gathered again in their premises and the police continued to harass them with total impunity, until that weekend of June 28, 1969.

Judy Garland died on June 22 and her funeral had been the day before, on June 27. All of Dorothy’s friends grieved for her loss, the place beyond the rainbow turning as gray as the farms of Kansas. The police decided not to let up that night and, like any weekend, they decided to make a raid on the stonwal inn, an openly LGTBI+ bar in the Greenwich Village neighborhood of New York. But this time the exploit turned against the police. Those people’s brains clicked like the voice of the antivirus saying, “The virus database has been updated.”

When they entered with their usual violence, they did not find the typical normative people trying to flee and the trans people ducking their heads. they met with Marsha P. Johnson (black trans woman) and Sylvia Rivera (trans woman of Puerto Rican migrant parents), who at the head of the rest of the people who were at the Stonewall INN, said “ENOUGH IS ENOUGH!”

And it is that Dorothy’s friends were tired of enduring beatings and harassment simply for being, for existing. Possessed by the spirit of Allan Turing fighting against the Enigma machines of the **** army, they changed their old Windows 95, to the latest generation equipment with Linux based Operating Systems. They opened their console terminals and began to attack back out of the same port their attackers had left open.

Armed with wigs, heels, brooms, bottles or whatever they caught, they confronted the police, who, overwhelmed by this fact, did not know how to react. The rest of the locals and clandestine parties in the neighborhood echoed what was happening at the Stonewall INN and far from fleeing, they joined defend their companions reaching to corner the police.

At that time, the police in the area extorted money from bars and venues to avoid raids, so in general they were not very popular and the whole neighborhood united against them. Especially all the most disadvantaged minorities of the group. For every corner through which they tried to flee, they met another group that rebuked and threatened them. Throughout the early morning, all the people in the group who had been victims stood up to their executioners, their abusers with a clear message. “Here we are and we will not remain silent”.

When asking for reinforcements is not the solution

The New York Police Chief Commissioner sent riot vans to disperse the crowd, but far from dispersing it, the groups of transvestites and trans women dedicated themselves to dancing in front of them like a can can from the West, singing songs with lyrics funny and freedom slogans. Transforming violence into festivity and pride of being.

The riot police charged these unarmed people with excessive violence, which was another great trigger. People didn’t understand that excessive force attack and squared off against the police. The riots lasted days. While the mornings were quiet, at night the Stonewall INN was filled with people who collapsed not only the bar, but all the surrounding streets.

LGTBI+ people stopped being locked up in their safe spaces to take to the streets. They kissed in front of the police, they dressed according to their gender, they expressed their sexuality with total freedom in the middle of the street, under the same sentiment: «i’m proud to be who i am«.

Finding the end of the rainbow

All that energy, all that pride, all that liberation would impregnate the date of June 28, turning it into the international day of LGTBI+ Pride, and that is why we celebrate the LGTBI+ Pride demonstrations around these dates, to remember that thanks to two women trans racialized, who stood up to unjust laws, we were able to come out of the closet and make ourselves visible to the world. Therefore, the demonstrations are colorful, diverse and festive. To claim that WE ARE, that we EXIST and that no one has to be left behind.

The spirit of Stonewall has been spreading like wildfire. Always looking for alternative broadcast channels. Thematic magazines, meetings in small bookstores, fanzines, floppy disks that ran from hand to hand, CD roms, and the Internet. Thanks to all the new technologies, this spirit can reach 69 countries, where being LGTBI + is still penalized. Giving light and hope so that one day they can go out on the street and become as visible as Sylvia Rivera and Marsha P. Johnson did on June 28, 1969 at the Stonewall INN.